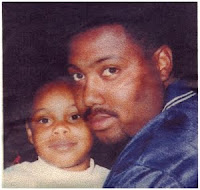 More than a 200 members of the family involved with crimes including racketeering conspiracy, RICO Conspiracies, murder conspiracy and attempted murder. In one scheme, the family — a Racial Biased Hate Motivated Organized Group Gang Members —conspiracy to participate in the affairs of a racketeering enterprise (RICO conspiracy), in violation of Title 18, United States Code, Section 1962.

> > The family notorious for violent crimes to African Americans and other races that controls women and benefit from fraud crimes.  The family and its associates engage in a variety of crime in order to maintain their presence in the criminal world, including murder, assault, kidnapping, extortion, bank fraud, financial fraud Mortgage Fraud scheme scam and other violent crimes.