The Mysterious Death of Alonzo Brooks

The Mysterious Death of Alonzo Brooks
by Susan Gonzalez and Paul Fecteau
Sept. 5, 2010 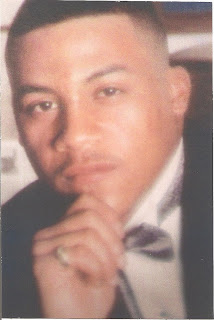 On a remote back road in Linn County, a desolate farm house and the woods and creek that surround it hold a secret about the death of a young man. On an April night in 2004, this remote setting may have witnessed the foulest of deeds. A group of young people probably know what happened but to this day remain as silent as the trees that flank that forlorn creek.

Those young people came together at that rural home a couple miles outside of La Cygne in east central Kansas on the night of April 3 for a party. Quite a few of the guests came from out of town, including two carloads that made the trek down from the Kansas City suburb of Gardner. One of the young men in one of those cars was a 23-year-old African-American named Alonzo Brooks. He was one of only a few blacks at the party.

Brooks had graduated from Topeka High and moved to Gardner to work for his stepfather’s janitorial company. He had a reputation for being mild-mannered and good humored. He often babysat his nieces and nephews. He occasionally spoke of one day owning a farm.

On the night of the party, he dressed in a short-sleeved dress shirt, jeans, boots and a hat. His ride pulled up around eight. A white kid named Edward Smith, who accompanied Brooks that night, had long been a close and trusted friend.

At the party, Smith and Brooks remained together most of the time. Smith recalls nothing out of the ordinary. He and Alonzo talked, drank, danced a little, and got high.

Some time between midnight and one, Smith decided he wanted to go home. He called Brooks over and the two huddled beneath a tree, talking about what to do. Brooks decided he wanted to stay and could get a ride back with the other car that had come down from Gardner. Smith told him to have fun then drove home.

The next morning, Smith phoned Brooks and was shocked to hear his mother say that her son had not returned. Staying out all night was out of character for Alonzo. Worried, Smith immediately drove back to La Cygne. He walked into the farm house and quizzed the party’s hosts. They had not seen Alonzo, they said. When Smith returned to Gardner, he continued to try to contact kids who had been at the party. The owner of the other car that had gone to the party from Gardner confirmed that he had promised Alonzo a ride home--a promise he was unable to fulfill because he had left the party to get cigarettes and gotten into an accident.

Alonzo’s family notified the Linn County Sheriff’s Department, and in the days that followed their investigation did little to settle anyone’s fears. Party-goers provided sketchy information regarding a fight that may have taken place around 3 or 4 a.m. Some said racial slurs were hurled. Deputies visited the party house and nearby found Alonzo’s hat and boots. In the ensuing weeks, the F.B.I. joined the investigation because of the implications that Alonzo had been targeted because he was black. Kansas City Star reporter John Dvorak went to La Cygne and found the townspeople reluctant to believe that any of that hatred could be homegrown. They pointed to a rumor circulating that the authorities had a suspect who came from Nebraska.

Smith learned little else from the kids who had stayed at the party that night and turned his attention to helping the family in its efforts to keep Alonzo’s disappearance in the public eye. Kansas City mayor pro-tem Alvin Brooks, no relation to Alonzo, and his anti-crime group Move Up got involved. Family members circulated T-shirts and posters that bore Alonzo’s picture and the phrase “Lost but NOT Forgotten.”

The authorities conducted six searches of the land surrounding the party house. Low-flying helicopters buzzed the tree tops. Sherriff’s deputies marched through the brush shoulder to shoulder. Cadaver-sniffing dogs were brought in. Divers from Lee’s Summit Underwater Rescue and Recovery explored the muddy bottom nearby of Middle Creek. These efforts produced nothing. No more searches were planned.

On May 1, with Alonzo gone nearly a month, more than fifty family members and friends, many from Topeka, arrived to conduct their own search. They outfitted themselves in orange vests, passed out walkie-talkies, and prepared for a long day. It took less than an hour, however, before they discovered Alonzo’s body.

A group approached Middle Creek and saw the body lying on a tangle of brush.

The remains were transported to Shawnee County where seasoned pathologist Dr. Erik Mitchell performed the autopsy. He found nothing indicating that Brooks had suffered any fatal wounds. His report listed the cause of death as undefined. Not all aspects of his findings have been made public.

Linn County Sheriff Marvin Sites initially declared that Brooks had been murdered, but a few days later retracted that statement and stipulated that his office was conducting a death investigation. The location where the body was found had been previously searched numerous times, Sites acknowledged. His account of how the body wound up where it did was a little cryptic: “Nature had to take its course,” he said.

The subsequent investigation seemed to stall quickly. The F.B.I. ceased its involvement due to lack of evidence that a hate crime had been committed. The case slipped from the headlines. Edward Smith was left to muse over what might have happened to his best friend, and Alonzo’s family had to go on with a hole in their lives where their loved one had been.

Now, over six years later, their loss remains as painful as ever, but Alonzo’s friends and family have not given up hope. Neither has current Linn County Sheriff Barry Walker. The investigation remains active and buoyed by the chance that someone who was at the party that terrible night will put aside whatever fear or misplaced loyalty might be preventing him or her from coming forward.

The Brooks family will be providing updated information at www.alonzobrooks.com and via the Facebook group Justice for Alonzo Brooks.


Editor’s Note: The name “Edward Smith” has been used to conceal the privacy of the individual to whom it refers.
Posted by Paul Fecteau at 5:32 PM 511 comments: